Yesterday the Greater Bay Area Costumer's Guild hosted its not-quite-annual New York Society Tea at The Palace Hotel, San Francisco. This event is often also called the Bustle Tea, since the time frame is late Victorian. No fewer than two of my sewing buddies have birthdays between Christmas and New Years, and both of them wanted to be costumed for their birthdays. So we decided to make this year's tea a bit of a birthday party.

An afternoon spent with my gal pals, in costume, is always a blast, even more so after going nuts for weeks on end getting a new frock ready. More on that later.

But who wants to read me talking? Just enjoy the photos! 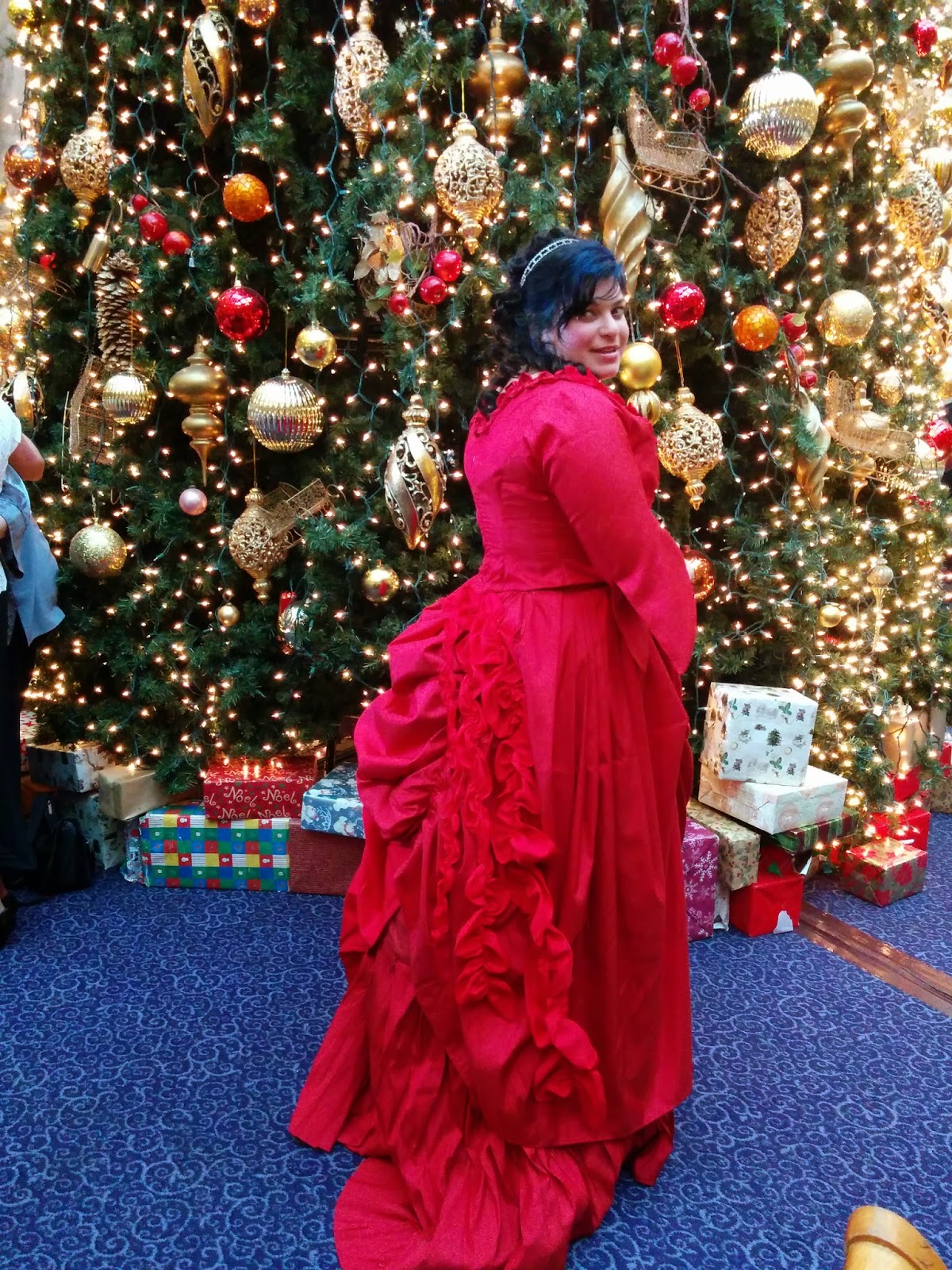 You may recognize Sahrye's dress as Mina Harker's dress from Bram Stoker's Dracula. Sahrye did an awesome version of the dress. She blogs over at It Came From the Stash! Head over there to read more about this fantastic dress. 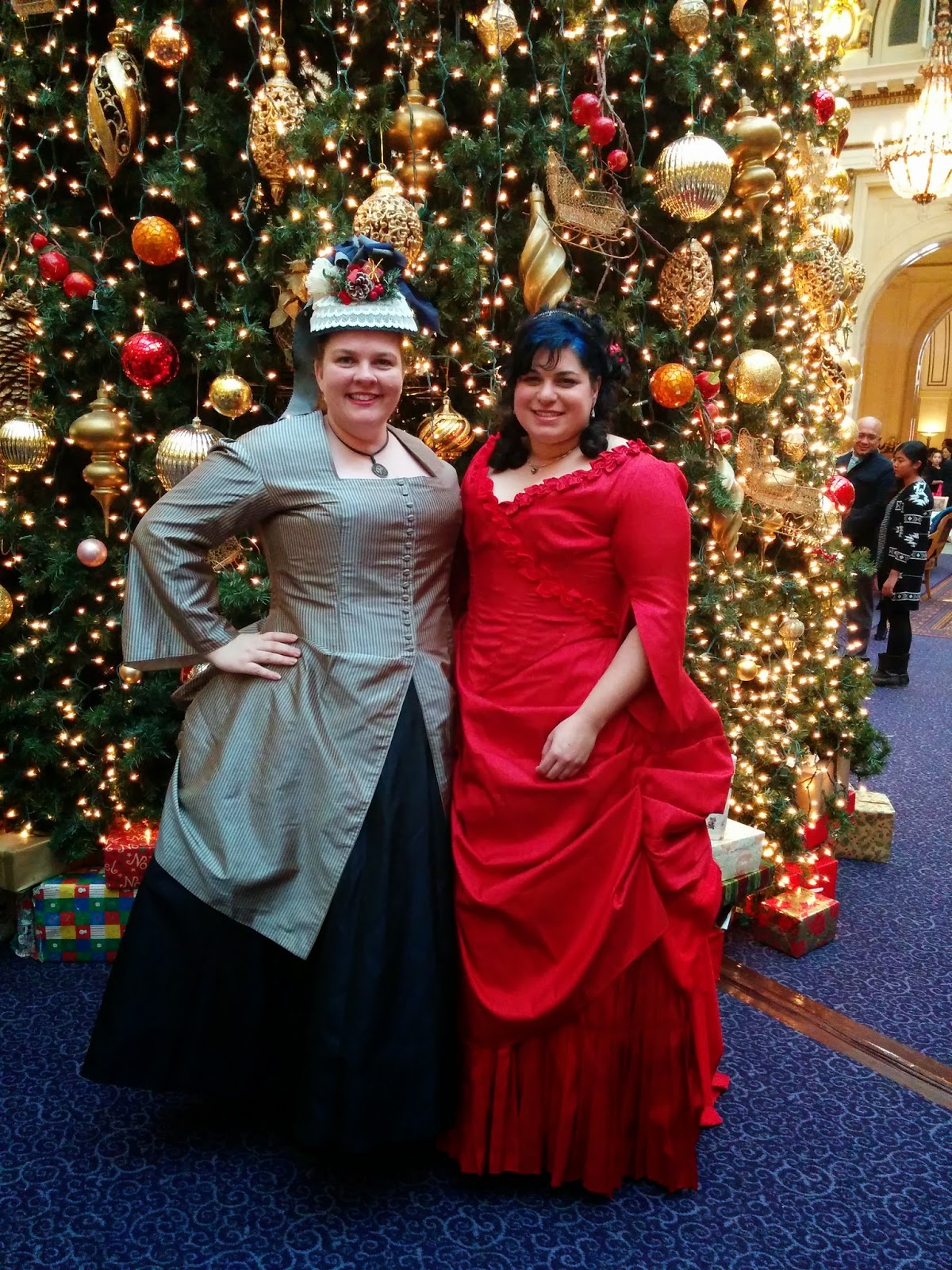 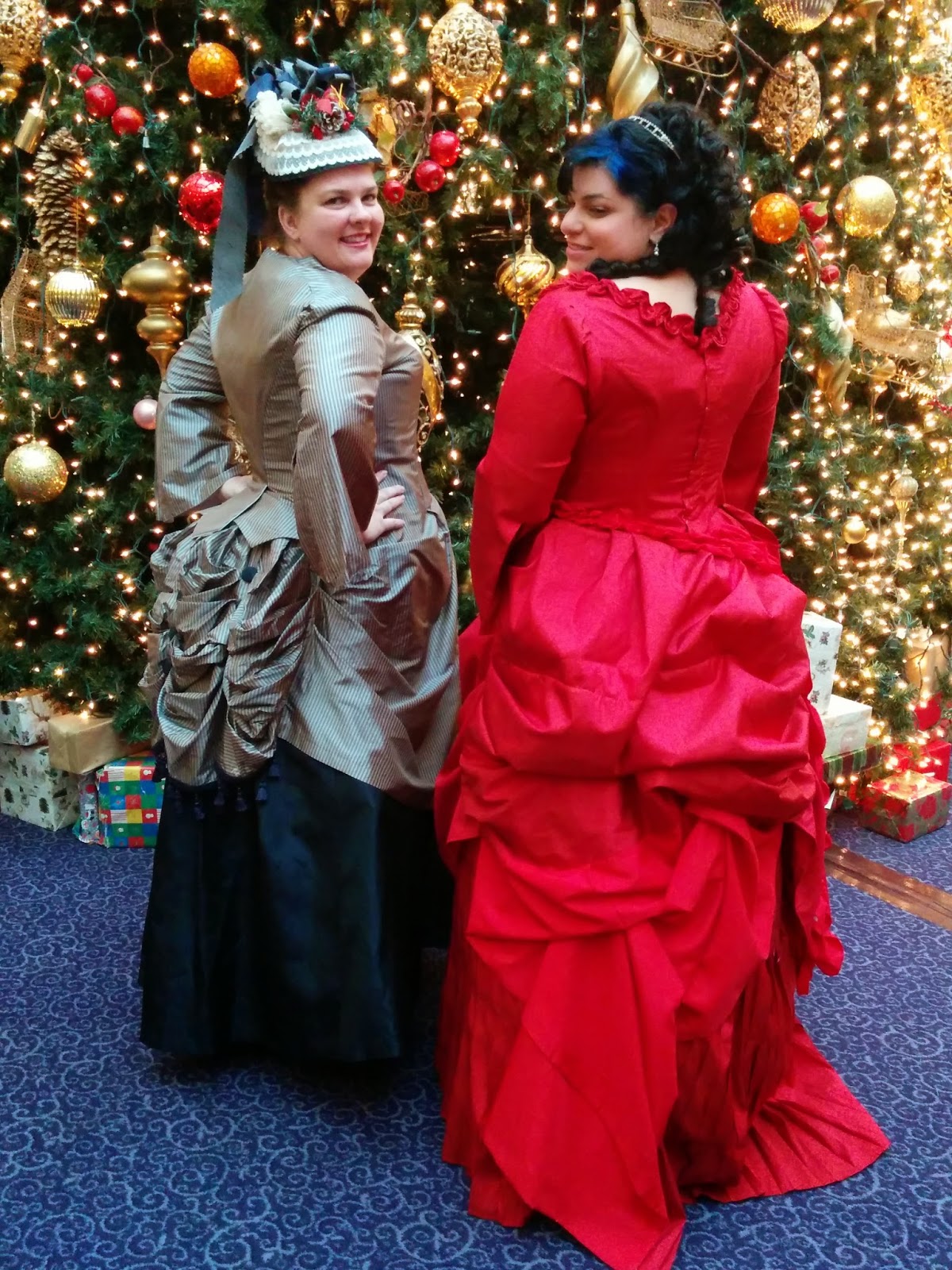 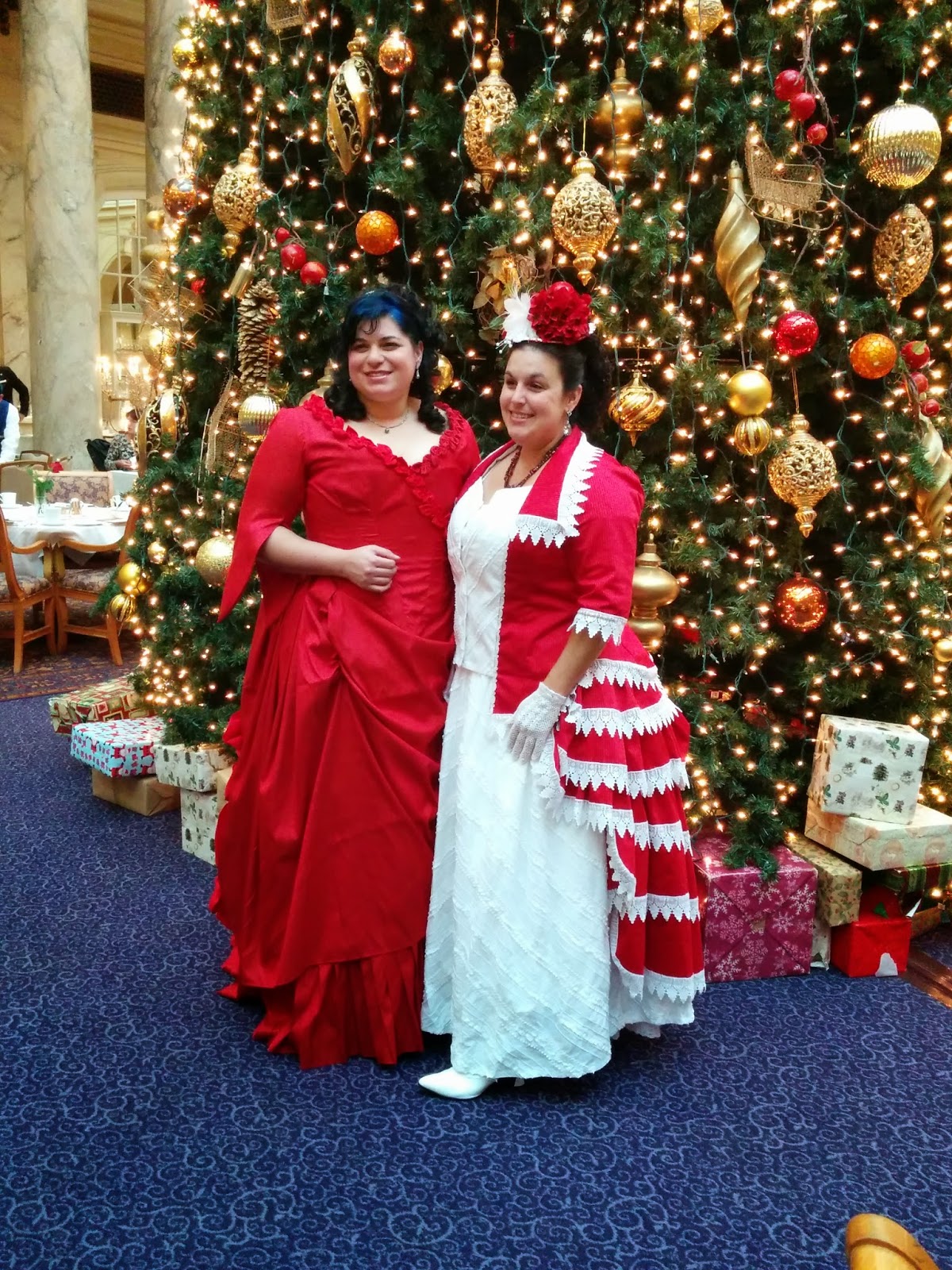 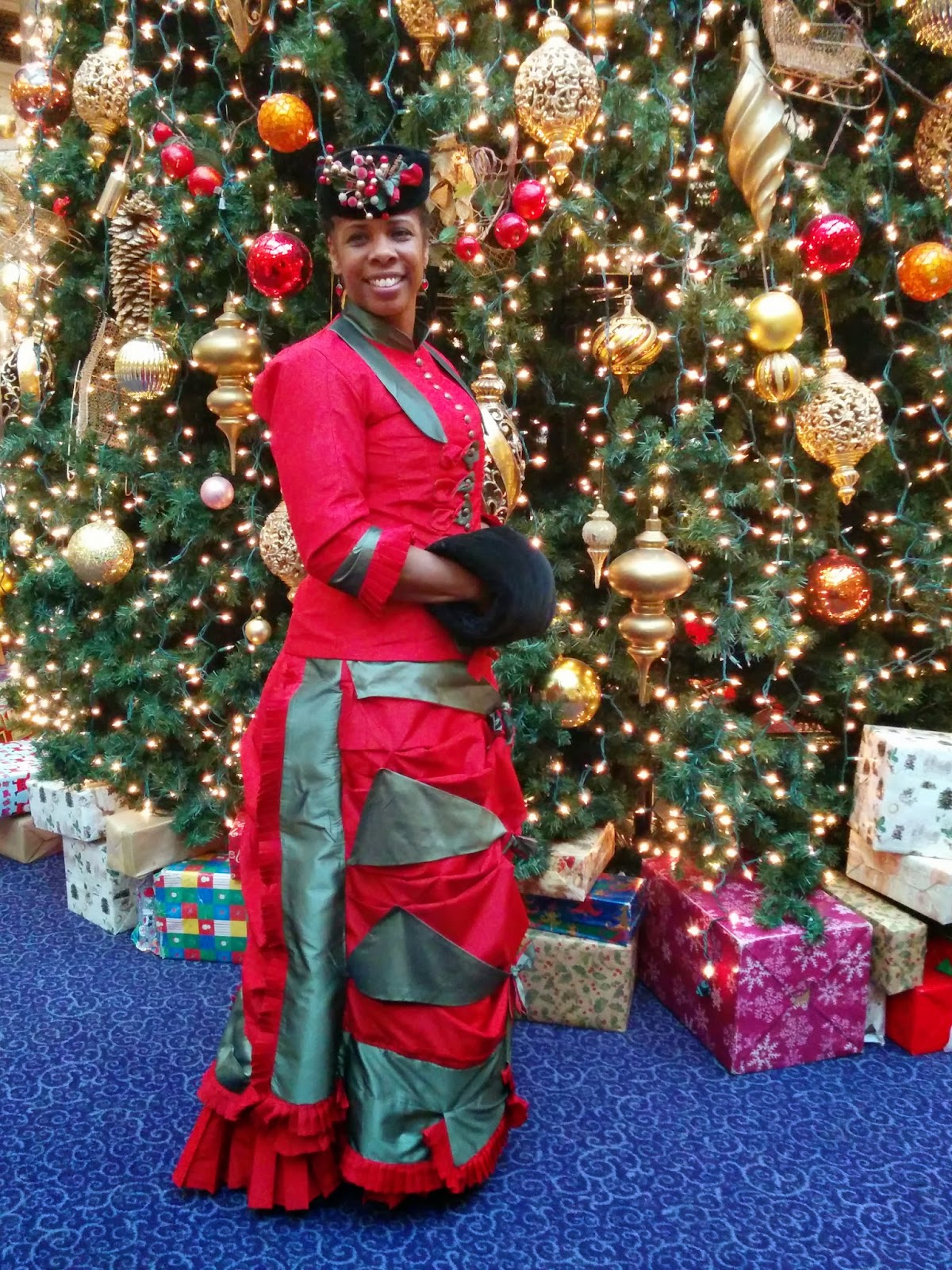 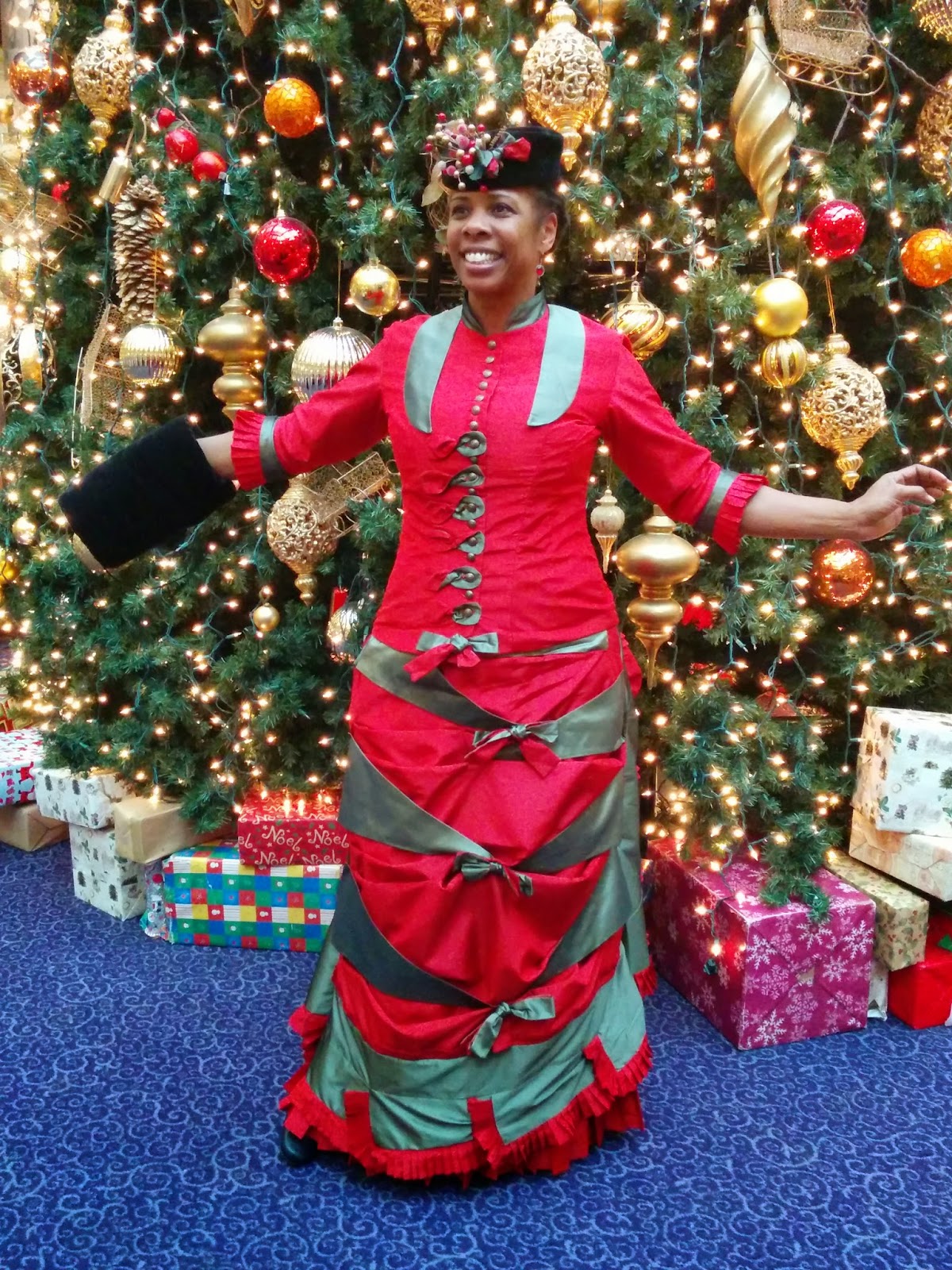 I love Mia's dress above for how absolutely period it looks. Small wonder, here's the dress she used as a model: 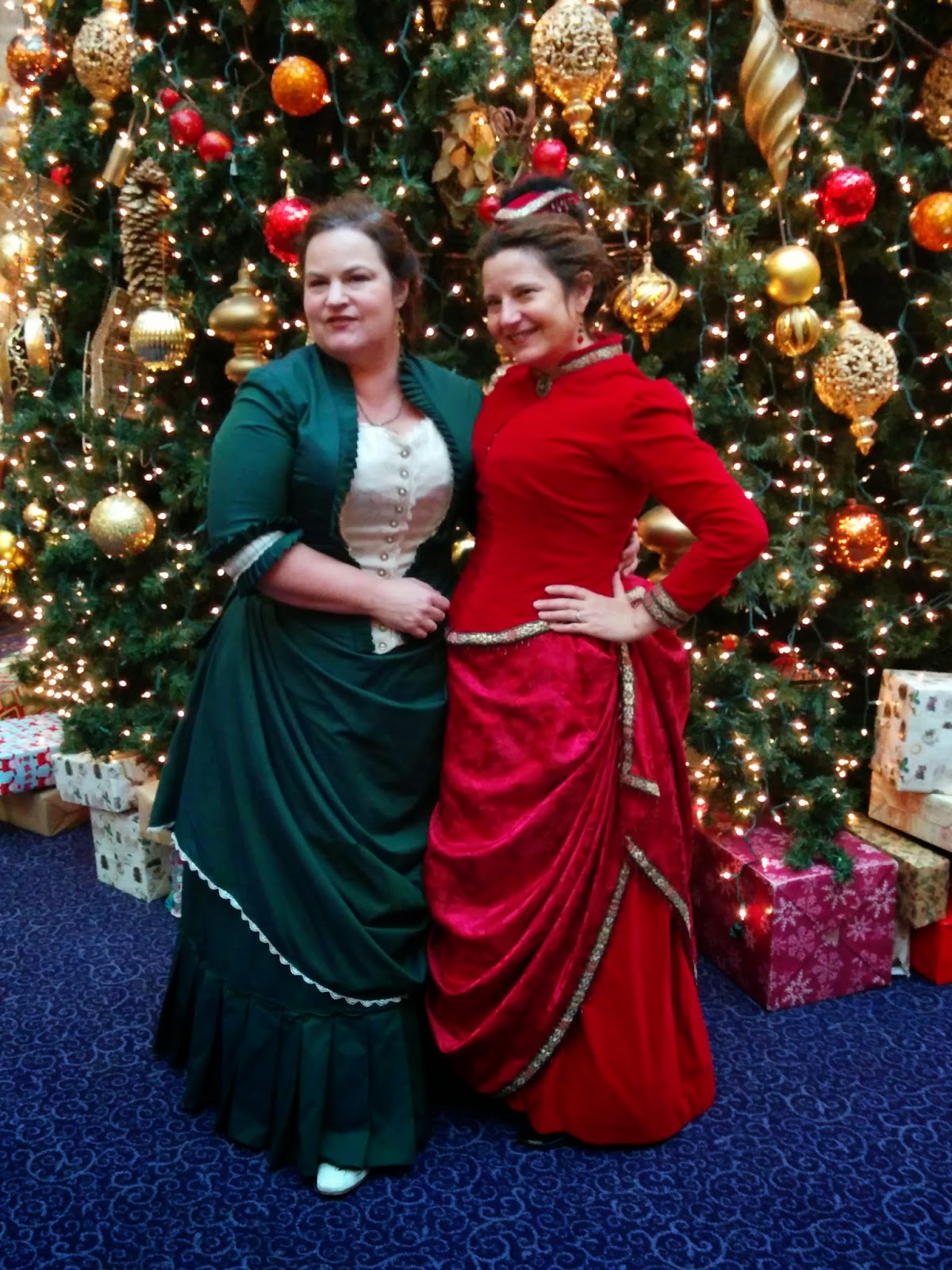 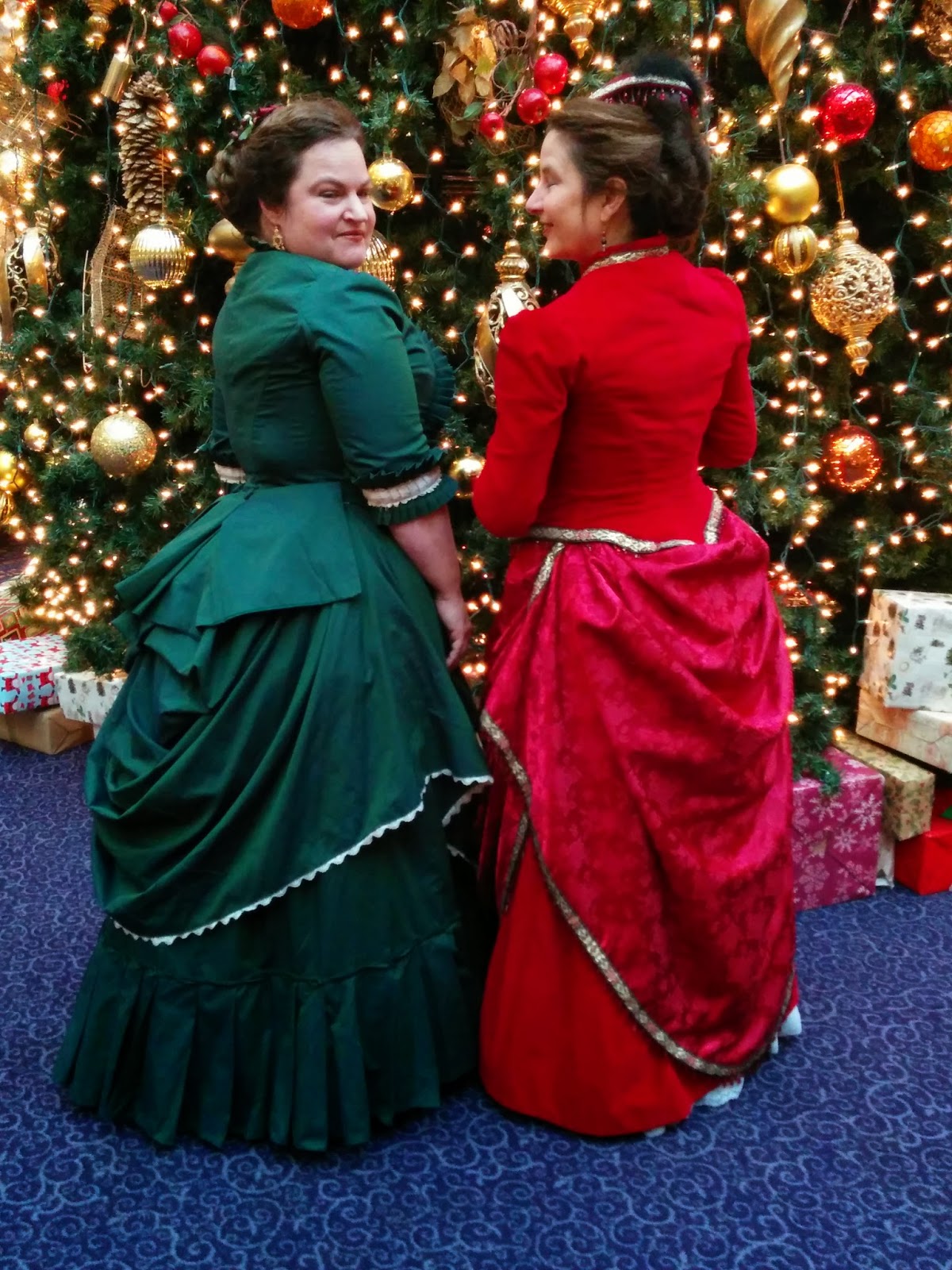 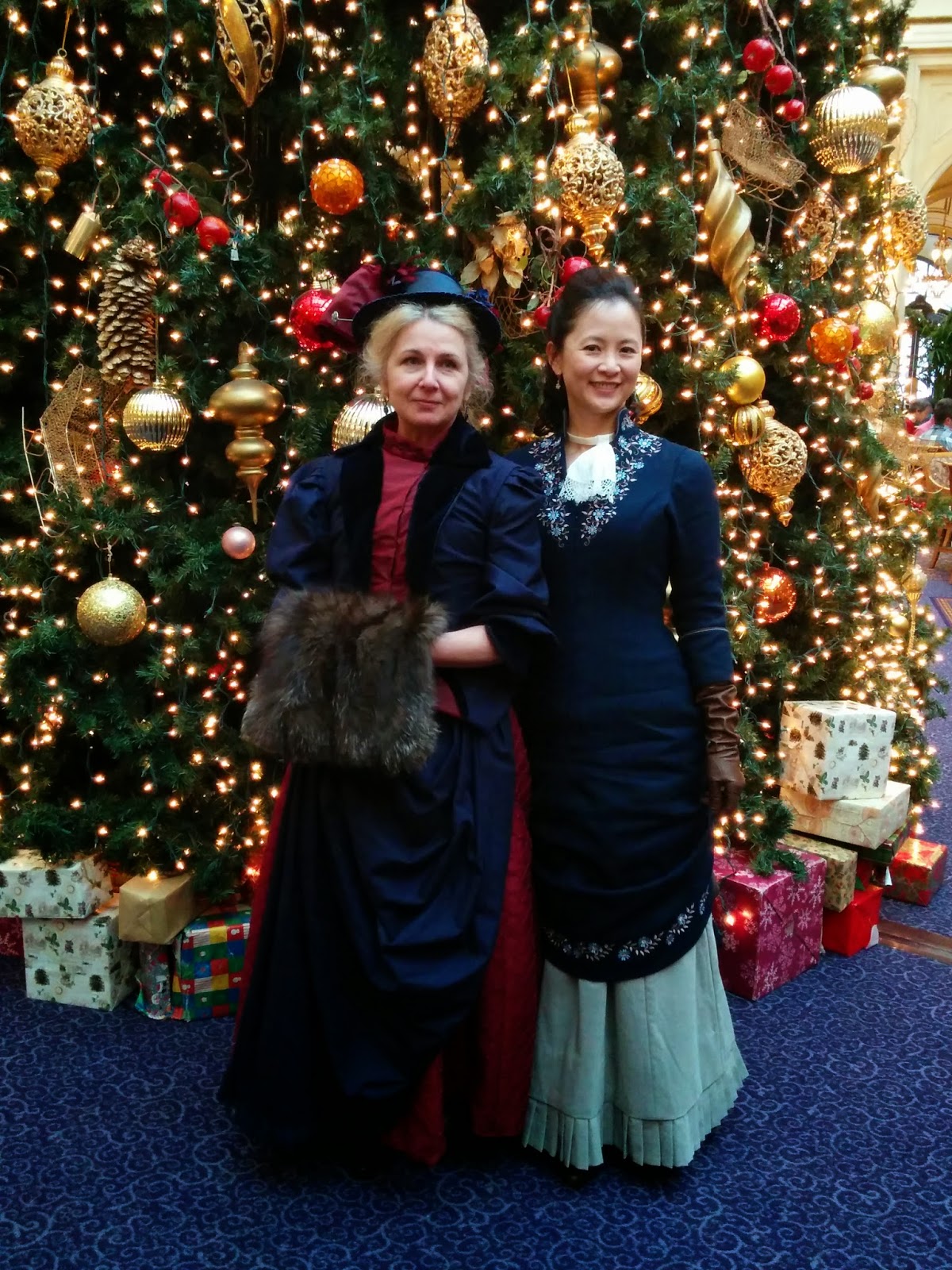 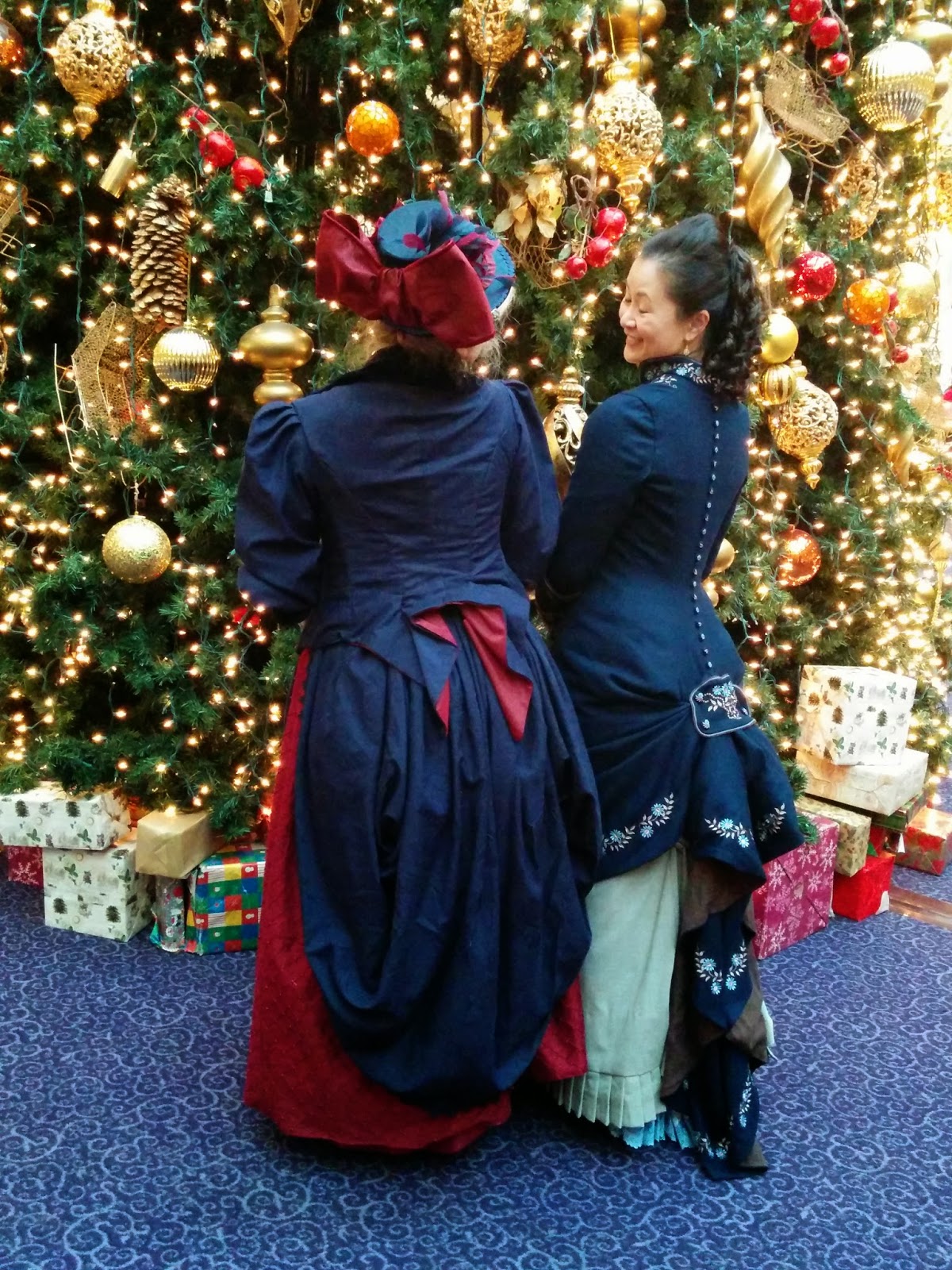 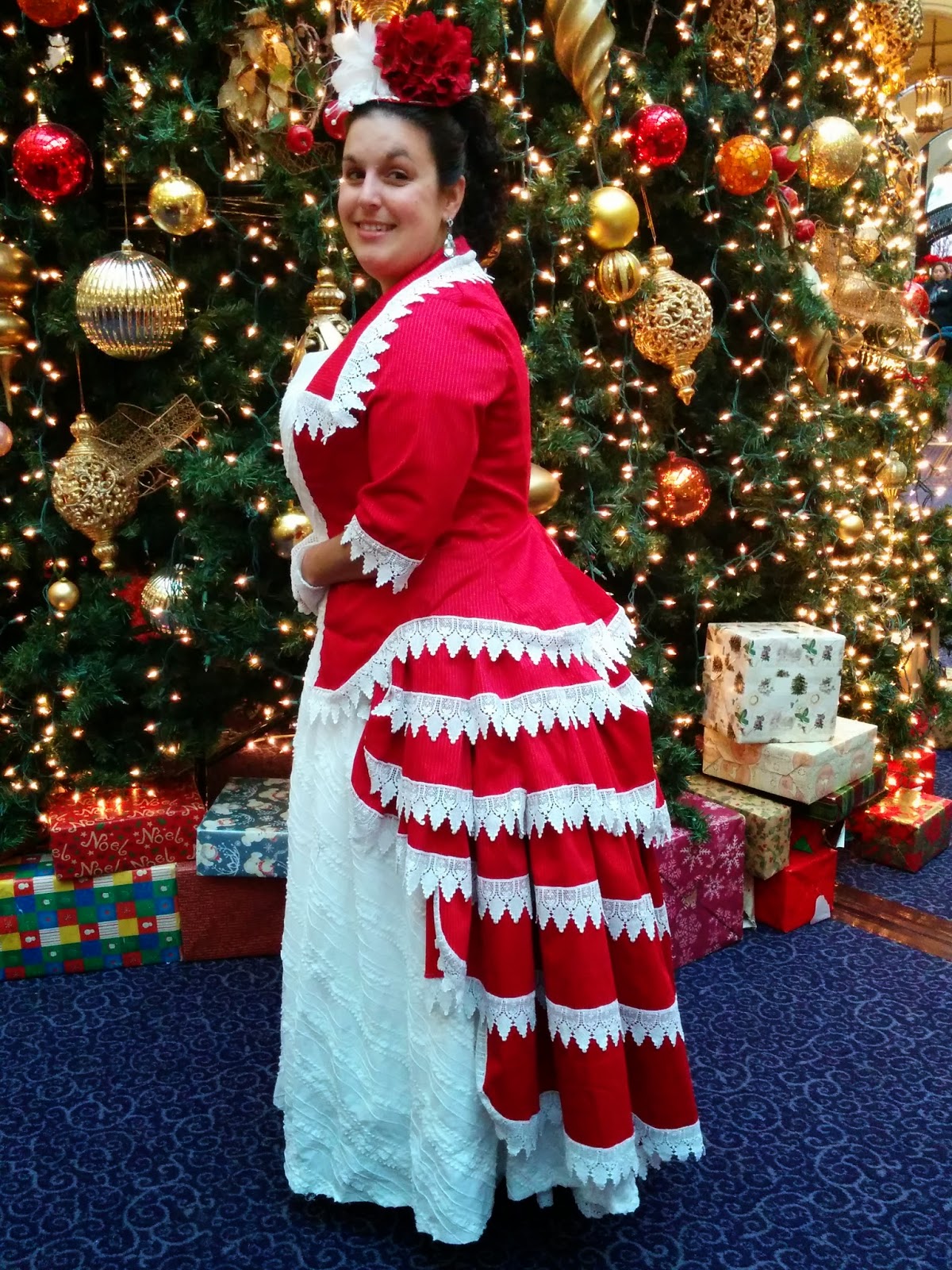 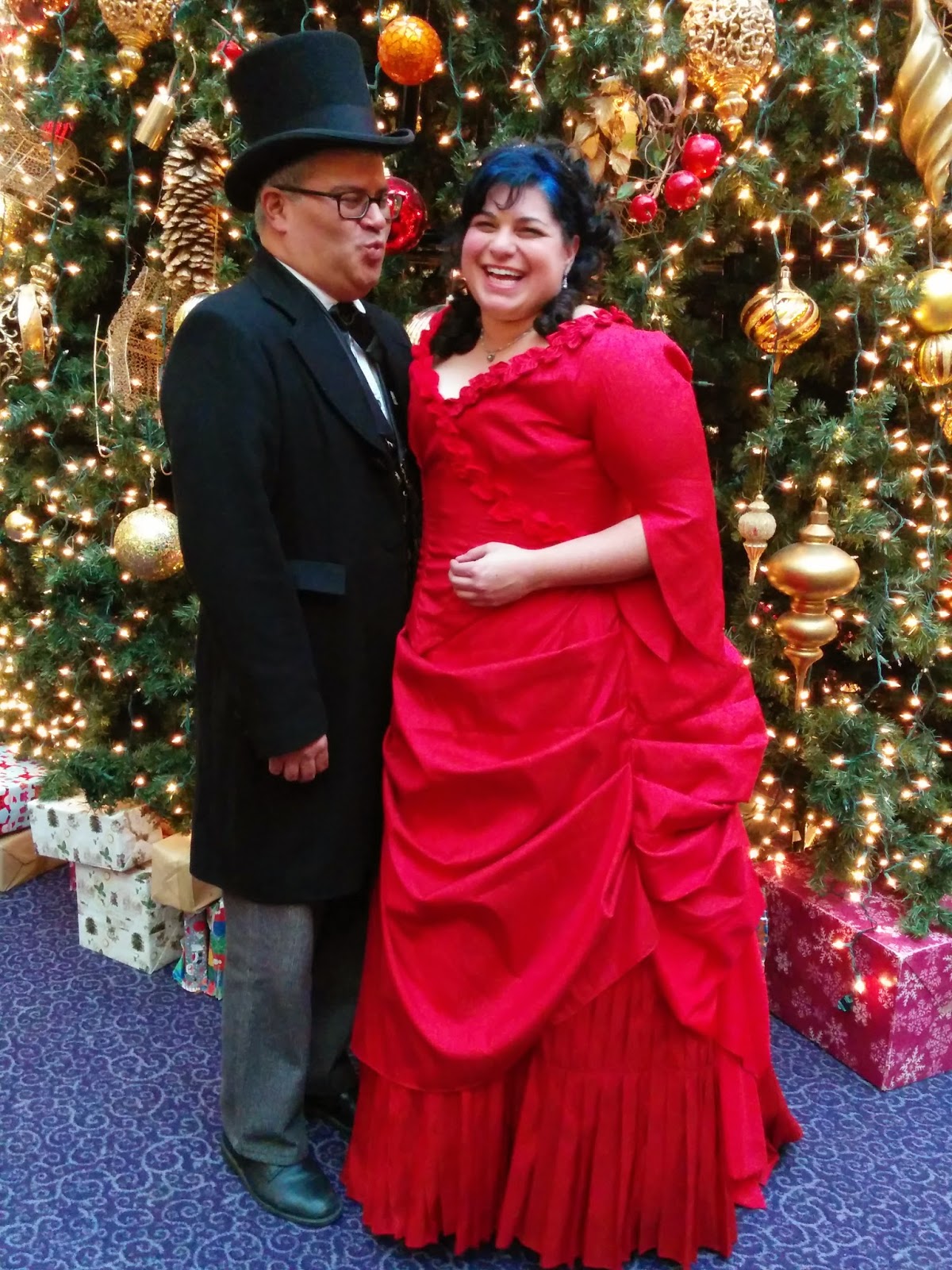 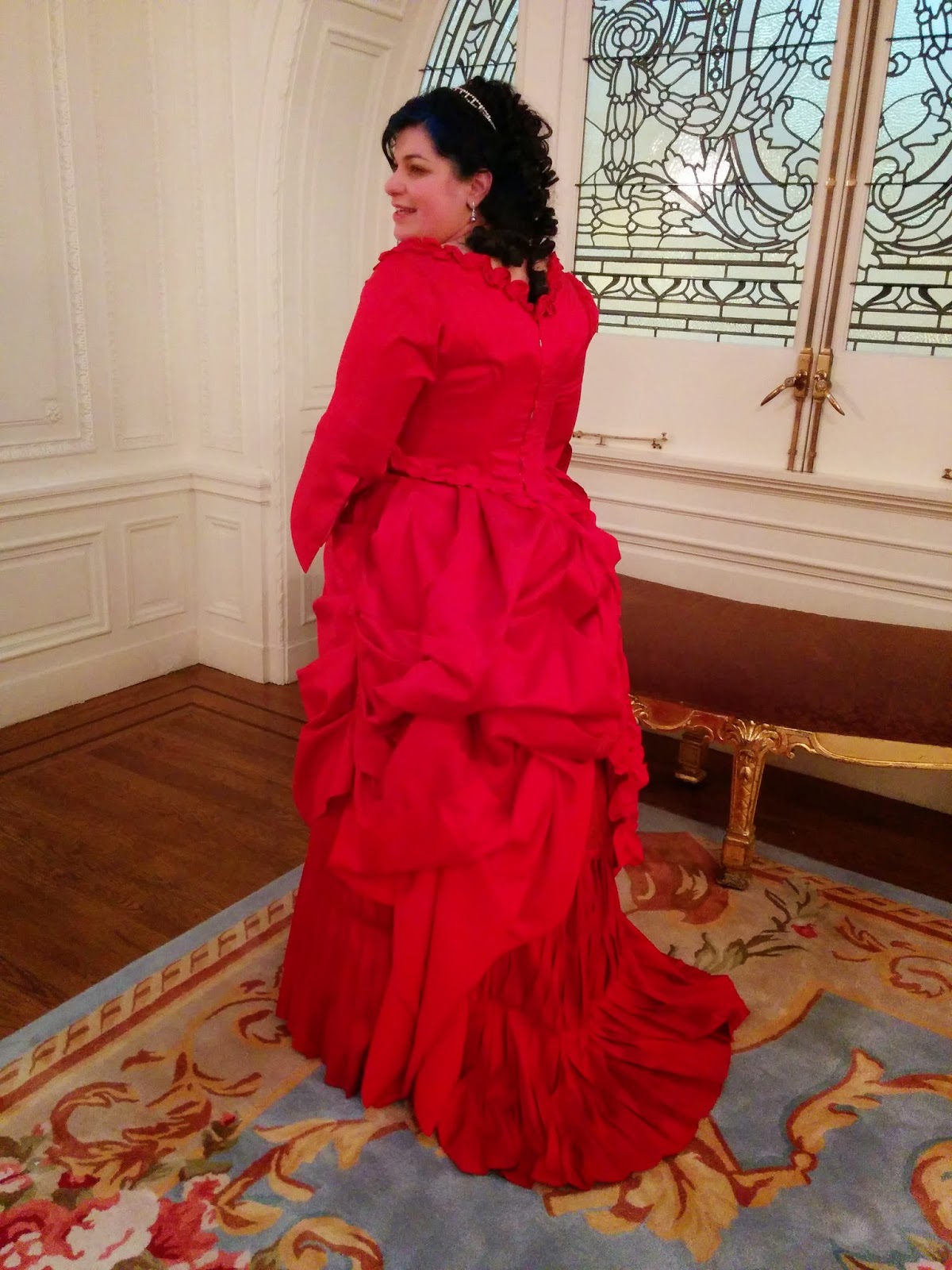 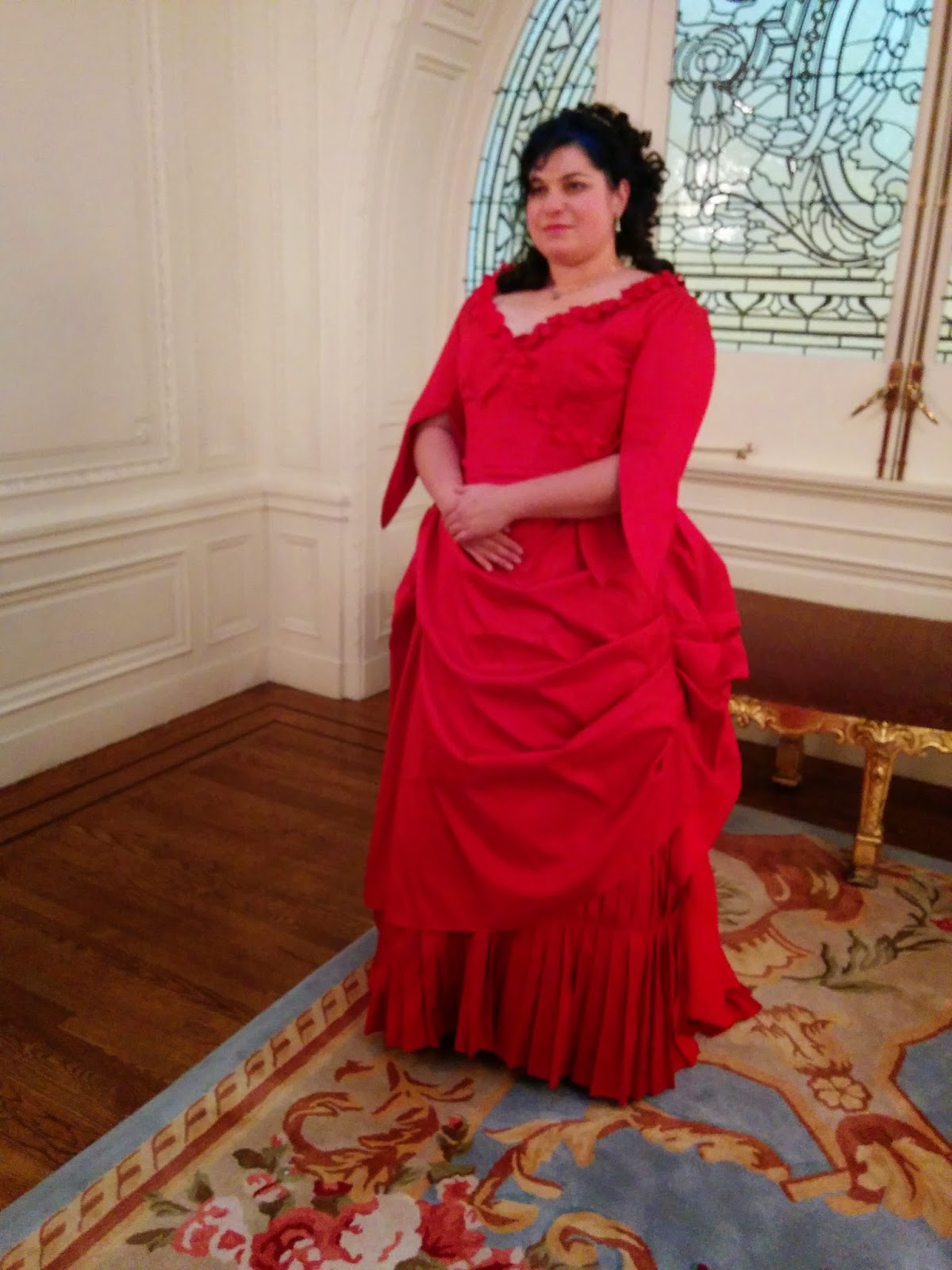 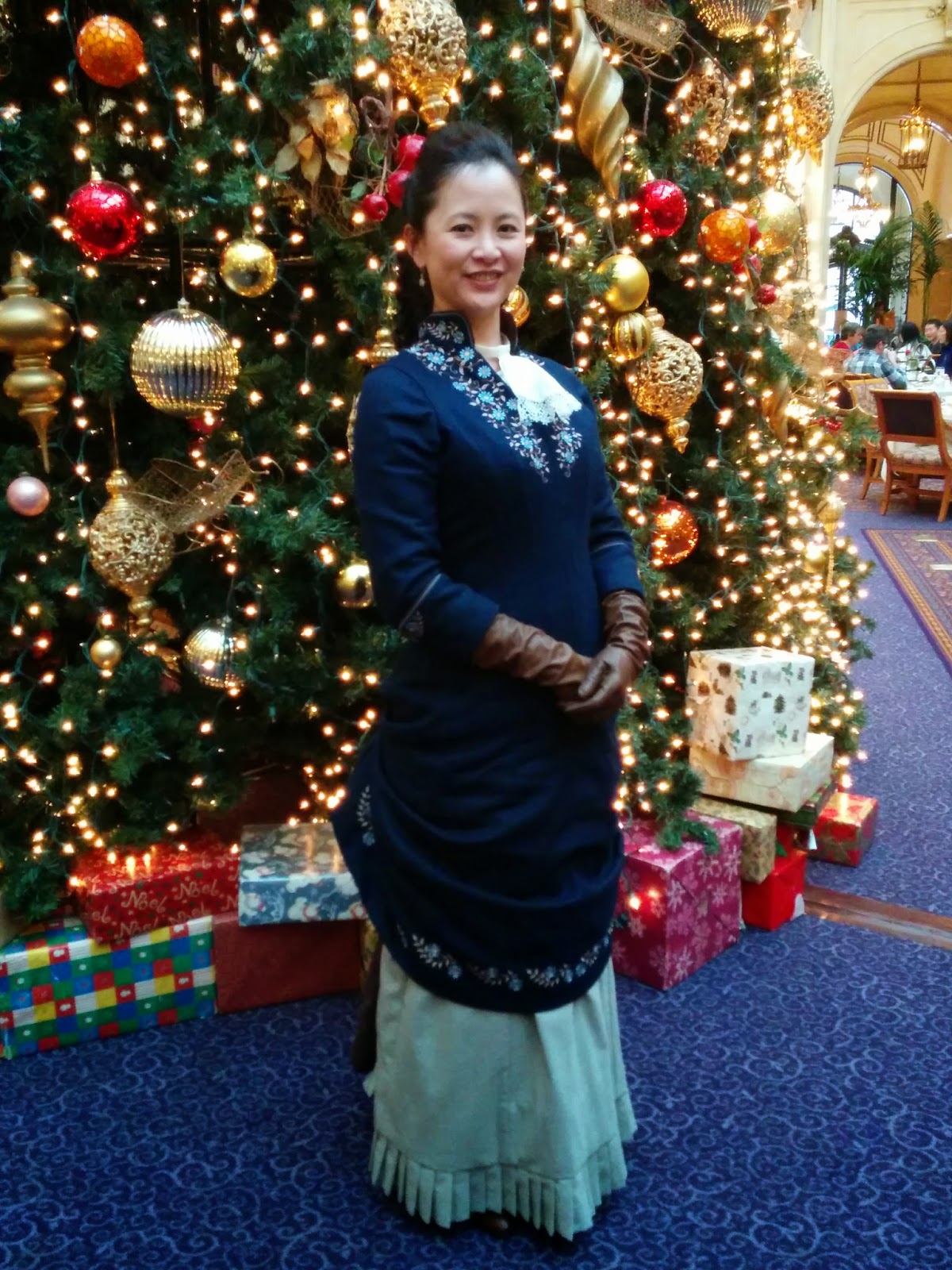 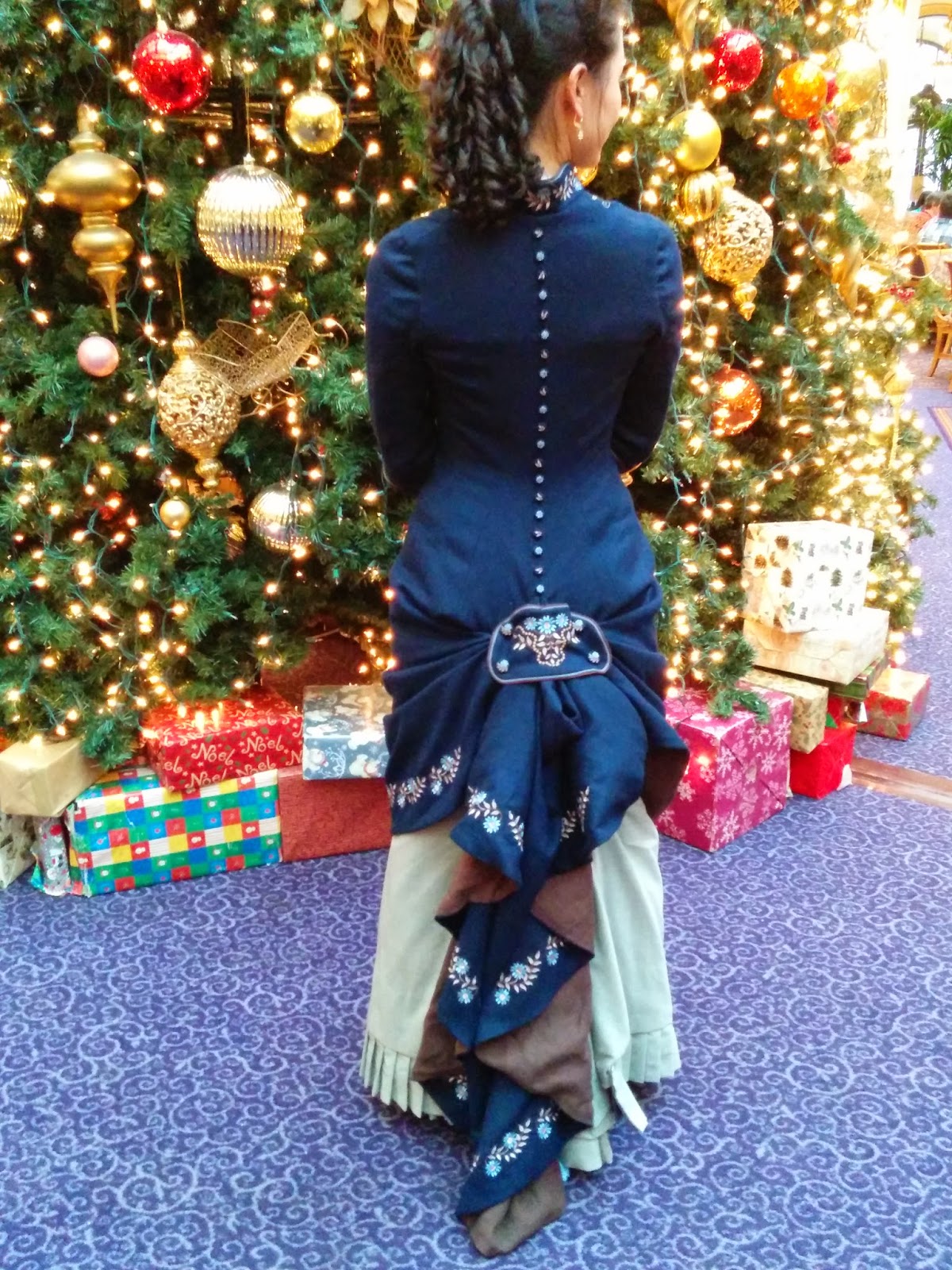 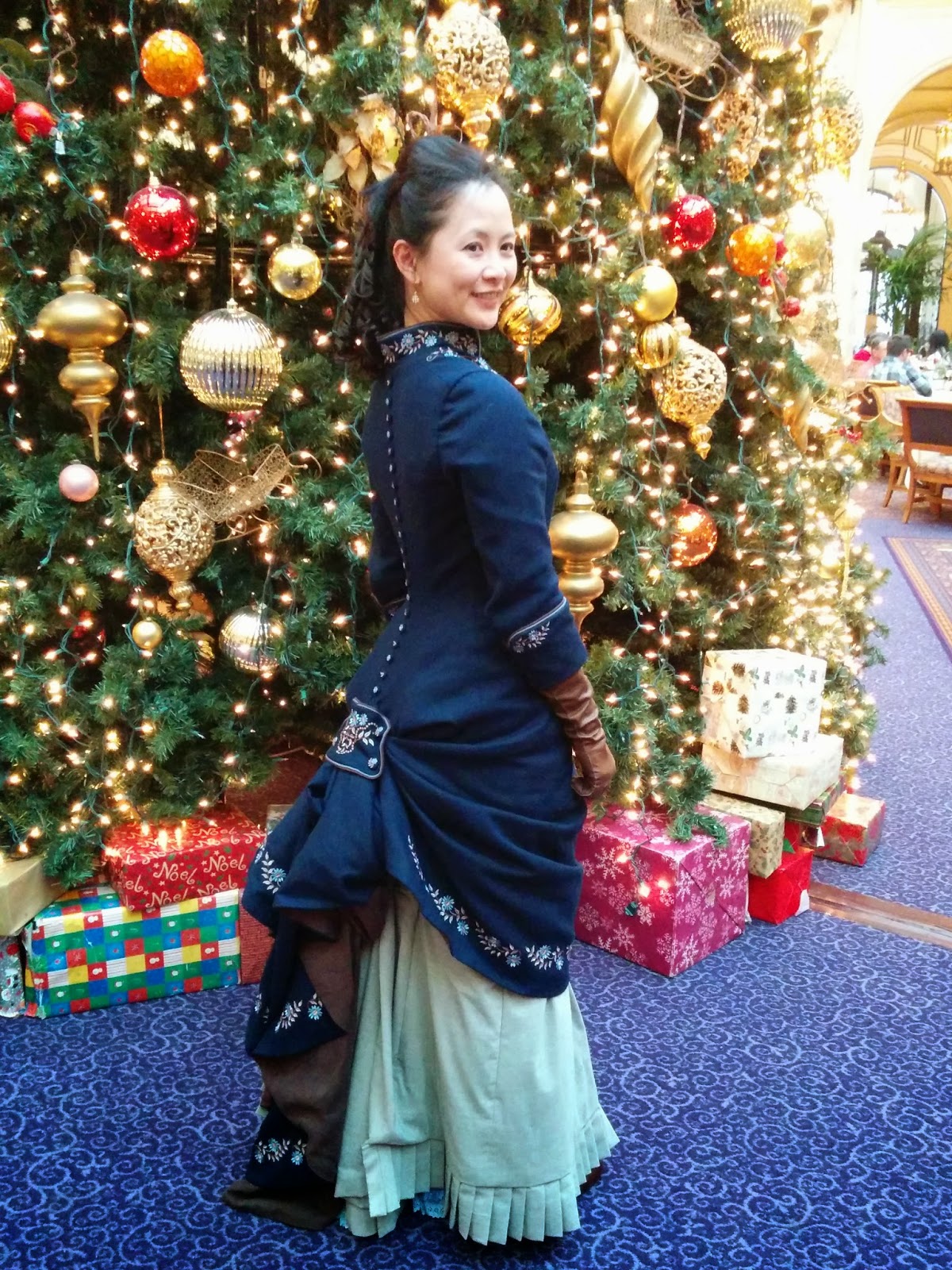 More chit-chat on this dress (and what is up with my hair) will come later. Right now I need to rescue my house from multiple weeks of frantic sewing.